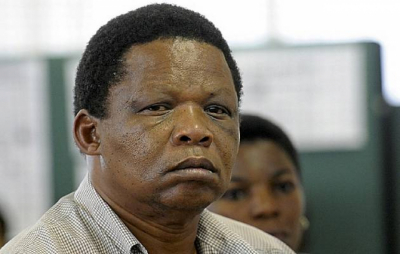 A special provincial official funeral category 2 has been declared for the late Jon Qwelane.

Qwelane died on Christmas Eve and will be laid to rest Monday in Mahikeng.

He worked for various media houses as a writer, broadcaster and editor for many years. In 2010, he was appointed by the Department of International Relations and Cooperation as South Africa’s High Commissioner to Uganda for a four-year term.

He was the founding member of the Writers’ Association of South Africa.

President [Cyril Ramaphosa] has also instructed that the National Flag fly at half-mast in the North West province on the day of the funeral of Qwelane, this as a sign of respect to him, a statement by the Office of the North West Premier Job Mokgoro said.

"The funeral service which will start at 07h00 at the Mmabatho Civic Centre in Mahikeng, will be attended by only 50 people, this in compliance with alert Level 3 Lockdown Regulations and applicable health protocols," it added.

The funeral will also be streamed live on the North West Office of the Premier Facebook page.

Qwelane loved Pan-Africanism and the PAC, later naming his only son Sobukwe after the founding leader of the PAC in 1959, Mangaliso Robert Sobukwe.

He kept friends who had earlier deserted him at bay. An adherent to principle, he believed till the end that it is better to be a peasant on your feet than a gentleman on your knees.

Twitter
More in this category: « Livestream: How will the COVID-19 vaccine be rolled out in SA. South Africa 'hopeful' to obtain Covid-19 vaccine as early as February. »
back to top