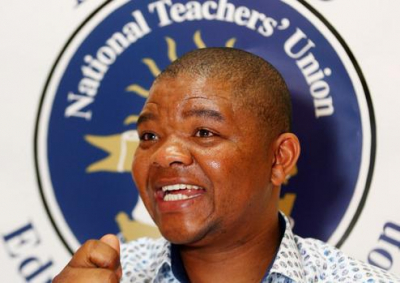 Thompson was elected to lead Natu in 2018. He took over from Siphosethu Ngcobo (now an MP on the IFP ticket) who retired as the longest-serving Natu president after serving for 18 years.

He was known for fighting for teachers' rights and was most prominent in taking on the Department of Basic Education in June last year when he exposed it for failing to deliver personal protective gear and sanitisers amid the ongoing Covid-19 battle.

The spokesperson of the Department of Basic Education, Elijah Mhlanga, mourned Thompson's passing as a huge loss.

"I am terribly shocked and saddened at the news of the passing of National Teachers’ Union president. Allen Thompson, to me, was a brother and very good friend. We worked together very well. What a loss," Mhlanga tweeted on Monday.

Twitter
More in this category: « Government dismiss talks that Ramaphosa will take SA into a hard lockdown tonight. Rape-accused ANC councillor opts to step aside. »
back to top