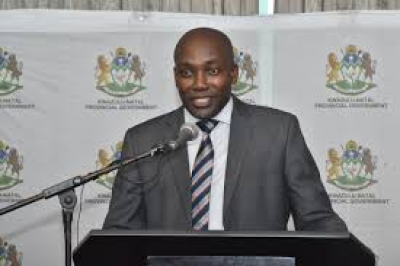 Durban Mayor Mxolisi Kaunda is currently isolating at home and remains in good health after testing positive for COVID-19.

According to a statement from his office, Kaunda has since urged eThekwini residents to continue to be vigilant and avoid unnecessary movements and organising super-spreader events.

He has also called upon families that are having funerals to keep the number of mourners below 50 and for mourners to go straight home after the proceedings have ended.

"This second wave of COVID-19 is so vicious that by now at least we all have close family members, friends and relatives who have succumbed to it. Therefore, we must continue to work together to flatten the curve by adhering to all safety protocols, "said Kaunda.

Meanwhile, the Mayor has cautioned against those who continue to peddle conspiracy theories about the pandemic to desist from spreading misinformation. This he said, goes against accepted protocols in the fight against this virus.

"We continue to be guided by science as advised by the Department of Health. Unfortunately, some people are spreading false information about the installation of 5G and linking it to the spread of COVID-19 in the city. This has created an impression that we are a city that is averse to technological innovation," he said.

"EThekwini is determined to become a smart city and we will continue to embrace programmes that are aimed at fast-tracking this process. Ultimately, our goal is to be the centre of digital transformation in the country in line with the Fourth Industrial Revolution programme," Kaunda added.

According to the KwaZulu-Natal Health Department, the province recorded 3 959 new cases on Monday.

"The province continues ranking the third highest in terms of the number of laboratory- confirmed cases countrywide, contributing 19% of the cases," the provincial department said.

In addition, the province also ranks the fourth highest countrywide in terms of fatalities, accounting fie 4 805 deaths of which 149 happened at home.

Tweet
More in this category: « Donald Trump Calls On Georgia Runoff Voters To "Save" America. The new rules for gyms and exercising under lockdown level 3. »
back to top