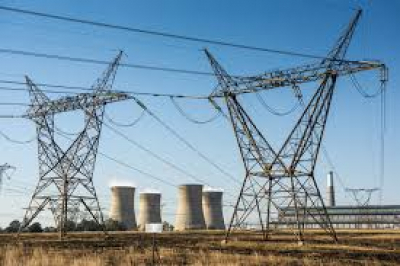 Eskom has announced that Stage 2 load shedding will be implemented on Wednesday and Thursday evening.

The load shedding will take place overnight, starting at 22h00 on Wednesday (6 January), and ending at 05h00 on Thursday. This will again be repeated on Thursday night, the power utility said.

"The load shedding is necessary in order to recover and preserve the emergency generation reserves that have been utilised to support the system during the week following the earlier-than-planned shutdown of Koeberg Unit 1 and other units whose return to service has been delayed," Eskom said.

It said its teams are working around the clock to return as many of the affected units to service as soon as possible. Eskom further urged the public to reduce electricity consumption to help it minimise load shedding.

"As previously communicated, Eskom continues to implement reliability maintenance during this period, and thus the system will continue to be constrained and the risk of load shedding remains elevated.

"At the moment the equivalent of two large power stations is out for planned maintenance, adding pressure to the system, "it said.

Eskom said it would continue to update the public on the state of the national power grid.

Twitter
More in this category: « COVID-19 Daily Update: SA records 513 more deaths with 14 410 new cases. BASA call for the alcohol ban to be lifted & provides alternatives introduced instead. »
back to top