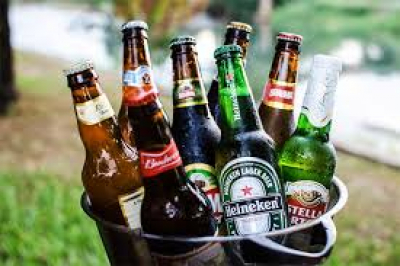 The Beer Association of South Africa (BASA) has sent an urgent call to president Cyril Ramaphosa, asking him to lift the blanket ban on alcohol from the 16th of January.

This is imperative to ensure the survival of small business owners and craft breweries, who now find themselves on the brink of closure due to the third alcohol ban, the association said.

It said that the situation faced by small business owners and craft brewers is dire and that the last two alcohol bans had a devastating impact on the beer industry with an estimated 7,400 jobs lost.

The industry has seen a further R14.2 billion in lost sales revenue and more than a R7.4 billion loss in taxes and excise duties.

"BASA is therefore calling on Ramaphosa to consider the plight of craft brewers by not extending the blanket ban on alcohol beyond 15 January 2021.

"BASA proposes this be done through safe alternatives, such as the use of click-and-collect platforms to assist in ensuring the safety of consumers."

Other proposals mooted by the association include:

"BASA remains committed to working with government to ensure the safe and responsible trading and consumption of liquor and we have proposed a number of measures to save lives without sacrificing livelihoods.

"It is critical that government and the industry work together to come up with solutions to tackle alcohol abuse in communities, prevent the spread of Covid-19 while ensuring we safeguard businesses and livelihoods across the value chain."

The Liquor Traders Formation (LTF) has also called on the government to permit the sale of alcohol for at-home consumption from 16 January subject to limitations.

This will include limits on the times and days on which alcohol may be purchased, as was seen under previous lockdown levels.

Speaking to the SABC, the LTF said that this will further support government efforts to stem the spread of the coronavirus as it will encourage the consumption of liquor at home whilst ensuring the livelihoods of liquor traders.

The LTF has also called for the government to consider a moratorium on licence renewals and linked fee increases for a period of not less than one year and that a financial package be offered to all liquor traders to cover their non-trading losses to the value of not less than R20,000.

It warned that the ban affects more than one million employees in the industry and more than 250,000 families.

The pleas from the alcohol industry comes as South Africa’s National Coronavirus Command Council (NCCC) holds a meeting on Wednesday morning (6 January) to discuss the  second coronavirus wave in the country.

The NCCC was initially only expected to meet next week Monday to review regulations around the adjusted level 3 lockdown, which are set to continue until at least 15 January.

In addition to new curfew hours and further limitations on gatherings, the president announced a complete ban on the sale of alcohol. He had previously said that these regulations would be reviewed on 15 January.