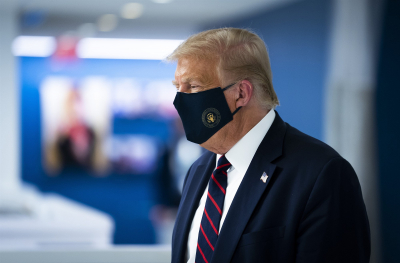 "If Mike Pence does the right thing, we win the election," Trump told cheering supporters outside the White House. "He has the absolute right to do it.

"Mike Pence is going to have to come through for us, and if he doesn't, that will be a sad day for our country."

Trump rebuked "weak" Republicans planning to go along with the certification, accusing them of having "turned a blind eye" and threatening them with primary challenges in future elections.

Meanwhile Republicans have objected election tally in Arizona, forcing votes in House and Senate on Biden’s victory in the state.

Republican Representative Paul Gosar and Senator Ted Cruz submitted the objections.Each chamber will now debate the objection before voting on whether to accept or reject it for up to two hours.

Both chambers would need a majority to approve the objection. That is highly unlikely as the House is controlled by Democrats and several Senate Republicans have said they will not join their colleagues plot.