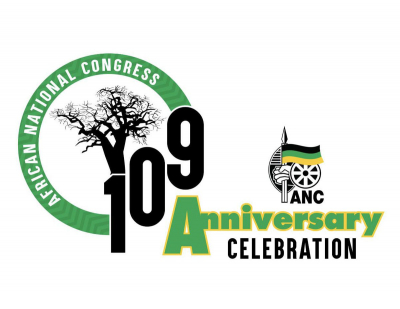 President Cyril Ramaphosa says that the African National Congress government will consider the introduction of a basic income grant in South Africa in 2021.

Speaking at the party’s 109th-anniversary celebrations, Ramaphosa said consideration for the grant comes after emergency financial measures introduced around the Covid-19 pandemic come to an end.

Despite the country’s limited resources, the country needs to look at identifying other poverty alleviation measures, he said.

"This year the ANC government, and broader society, will need to continue discussions on the desirability and the viability of a basic income grant to provide a social safety net to poor people in our country," he said.

The pandemic prompted president Cyril Ramaphosa to announce a temporary top-up of existing grants by up to R300, including a R350 unemployment grant in late March 2020.

In a recent parliamentary Q&A, Social Development minister Lindiwe Zulu said that no formal decision had been taken by the cabinet to extend these grants into a universal basic income grant.

However, the ANC has previously said that it will also look at the feasibility of introducing a basic income grant as part of a series of outcomes decided upon by its National Executive Committee (NEC).

According to a June 2020 document, the ANC proposes paying a R500 monthly grant to those aged 19 to 59 who aren’t normally eligible for other aid would cost the state R197.8 billion a year.

Between 50% and 60% of the money could be recouped by levying extra taxes on those with jobs, it said.

Since the country was hit by the novel coronavirus, around two million jobs have been lost and many more people have fallen below the poverty line.

He added that physical distancing, washing or sanitising hands, wearing face masks appropriately and adhering to other protocols was vital.

"He said South Africans needed to “actively counter the spread of disinformation relating to Covid-19 and unfounded conspiracy theories about the virus, its treatment and the development of vaccines".

Above all, he said, citizens must continue to work together as a united nation to confront the grave coronavirus threat.

Ramaphosa paid tribute to South Africans, some of whom were prominent ANC members, who lost their lives during the pandemic.

During his virtual address on Friday, Ramaphosa said the ANC key plan was to mobilise investment, create new jobs and support existing ones, and accelerating industrialisation.

"We are undertaking large-scale public investment in key sectors such as energy, water and sanitation, roads and bridges, human settlements, health and education, digital infrastructure and public transport. In these and other infrastructure programmes, we are also pursuing public-private partnerships. We are promoting investment in sectors such as agriculture, manufacturing and mining and tourism. We are providing support to key sectors such as poultry, sugar and automotive, as well as small-scale manufacturers and township and rural entrepreneurs. Our emphasis is on localisation so that South African businesses benefit from all areas of economic activity."

Ramaphosa said the ANC had also begun the process of rolling out public employment programmes that would offer greater opportunities to women, youth, persons with disabilities and other marginalised groups.

He also said the ANC, government and broader society would need to continue discussions on the desirability and viability of a basic income grant to provide a social safety net to the poor.