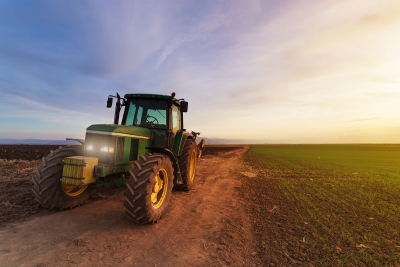 The African National Congress (ANC) expects parliament to approve an amendment to the constitution this year outlining the circumstances in which land may be expropriated without compensation, president Cyril Ramaphosa said.

ANC adopted expropriation of land without compensation as a policy in 2017 to address racially skewed ownership patterns dating back to colonialism and white-minority rule.

It’s seen by Ramaphosa's foes within the party as a test of his resolve to push through decisions unpopular with the business community.

The amendment will "contribute to the acceleration of land reform," Ramaphosa said in a televised speech marking the anniversary of the founding of the ANC.

"The redistribution of land will be done in a manner that promotes economic growth and sustains food security."

Constitutional amendments require the backing of two-thirds of lawmakers, a margin the ruling party lacks.

Ramaphosa reiterated that officials accused of corruption must step down, in line with another resolution taken by the party in 2017.

His comments came after the party’s integrity body last month recommended that ANC Secretary-General Ace Magashule — a key rival of the president — step aside or be suspended after being accused of crimes including fraud and money laundering.

Steps are being taken to strengthen the effectiveness of ANC Integrity Commission in dealing with party members who are accused of wrongdoing, Ramaphosa said.

"Members who fail to give an acceptable explanation or to voluntarily step down while they face disciplinary, investigative or prosecutorial procedures, will be summarily suspended," he said.

In his speech, Ramaphosa also called for:

Ramaphosa delivered the address during the party's virtual 109th birthday celebrations on Friday.

Twitter
More in this category: « Ramaphosa calls for review of alcohol legislation to fight abuse. SA-Mozambique agree on measures to ease congestion at the border. »
back to top