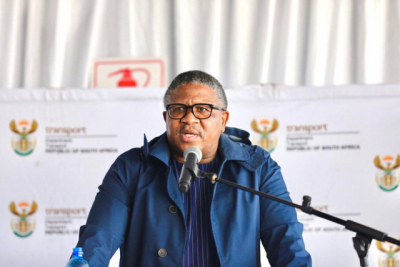 The new Administrative Adjudication of Road Traffic Offences (Aarto) Act is expected to be formally introduced in 2021, along with the country’s new demerit system.

In October, Transport minister Fikile Mbalula gazetted the latest draft of the Aarto regulations, detailing how the country’s new demerit system will work.

The 540-page directive states that the Aarto Act is due for a national roll-out on 1 July 2021.

Following this, the allocation of demerit points will be introduced in three phases to ensure road users are gradually introduced to the implications of the demerit point system.

Phase one will allow for demerit points for speeding, dangerous overtaking, and other hazardous driving behaviour such as failing to stop at traffic lights and stop signs, other road sign infringements, as well as roadworthy offences and infringements for faulty brakes, lamps, etc.

It will also include offences and infringements for failing to drive with a valid driving licence or professional driving permit and failure to have a roadworthy certificate for a vehicle.

Phase two will be introduced once the effect of the allocation of demerit points have been evaluated by the Road Traffic Infringement Agency (RTIA).

Demerit points will be allocated to offences and infringements of economic significance and include the protection of roads and bridges through overload control, cross border road transport permits and operating licences in terms of the national land transport legislation.

Vehicles that do not comply with the requirements for maximum dimensions and projections will also be allocated demerit points in phase two.

Failure to pay licence fees will also be added to the list of offences and infringements that carry demerit points.

This will encourage the owners of corporate vehicles to nominate the drivers who commit offences and infringements instead of paying the notices in the corporate body’s name and failing to identify the driver who committed the offence or infringement, the department said.

The Aarto Act provides for a system whereby a person, operator or company (juristic person) pays the penalty and incur points when a traffic infringement is committed.

The demerit points are allocated to the operators and owners of motor vehicles. If a vehicle is suspended it may not be sold or used on a public road.

If an operator or juristic person does sell a vehicle or scrap or export such vehicle, the demerit points will remain against the record of the operator/juristic person and be allocated to the next vehicle the company purchases.

However, vehicles are not punished by the system – only the driver/juristic person is held responsible for the use of its vehicle.

The points will work as follows: