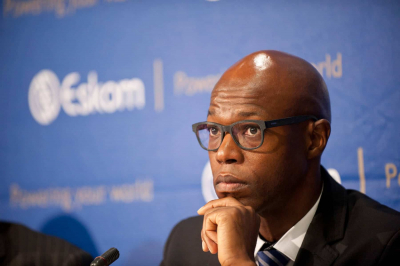 Matshela Koko, one of the most influential figures at Eskom, is back at the state capture commission on Tuesday.

The former CEO has previously been implicated in allegations of wrongdoing by some witnesses at the commission.

When he last appeared before Deputy Chief Justice Raymond Zondo last year, he fingered President Cyril Ramaphosa as being part of those who were involved in the capture of the troubled SOE.

Koko denied that he called his colleagues to a meeting with Gupta-linked businessman Salim Essa in Johannesburg to tip them off about the 2014 suspensions of Eskom executives, including him.

Instead, he's accused the executives of conspiring to taint his reputation, saying they were the ones who were Essa's puppets.

Koko has also claimed that Ramaphosa interfered with the utility's board to get him fired to benefit Eskom coal supplier, Optimum.

He maintains that contrary to those who said that he and former chief executive Brian Molefe handed Eskom over to the Guptas, it was recovering during their tenure for the first since the early 2000s.

Twitter
More in this category: « SIU interdicts payment of pension benefits to former CFO of DALRRD. Condolences for Ambassador Themba Muziwakhe Kubheka. »
back to top