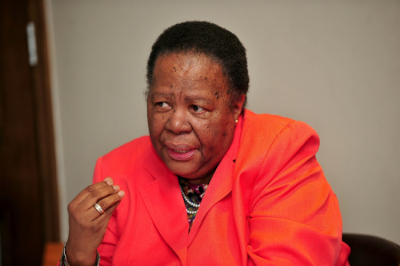 International Relations and Cooperation Minister, Dr Naledi Pandor, has expressed sadness upon learning of the passing away of Ambassador Themba Muziwakhe Nicholas Kubheka.

Kubheka passed away on Wednesday, 6 January, in Pietermaritzburg, KwaZulu-Natal.

Kubheka served as South Africa’s Ambassador to the People’s Republic of China, Denmark and the Republic of Angola.

He also worked as an Intergovernmental Relations and Cooperative government specialist in the Office of the Chairperson of the National Council of Provinces (NCOP) in Parliament.

"A member of Umkhonto weSizwe, Kubheka went into exile in the 1970s. Known by his nom de guerre of Aaron Mnisi, he trained in Angola in 1977," said the Department of International Relations and Cooperation (DIRCO).

"Later, Kubheka was given diplomatic responsibilities, representing the ANC in its missions abroad, namely the then German Democratic Republic.

The Minister has expressed her condolences to the Kubheka family.

"Our thoughts are with that Kubheka family as they mourn the loss of a patriot, flag-bearer and servant of the people," Pandor said.

Kubheka lost his wife, Lindiwe Kubekha and 18-month-old son Lindithemba Kubheka, in a car accident at the Pinetown off-ramp on the N3 to Durban in 2003.

Twitter
More in this category: « Livestream:Matshela Koko is back at the state capture commission. Government will review latest lockdown restrictions when we’ve passed Covid peak - Dlamini-Zuma. »
back to top