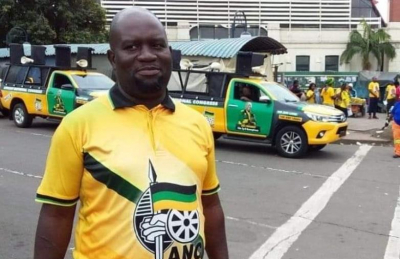 Former eThekwini and KZN ANC MPL mayor Zandile Gumede is in mourning after the murder of one of his longtime followers, confidants and key activists.

Sduduzo Magwaza was shot dead on Tuesday evening in the village of Cornubia in Durban.

Magwaza was shot dead by unknown people while inside the village and rushed to an undisclosed hospital where he later died.

He was not only Gumede's confidante who supported her during her court appearance, but their relationship dates back to when Gumede was fighting for the post of eThekwini ANC regional president against James Nxumalo – another former mayor of eThekwini. He was once the ruling party's parish candidate, but the prosecutor seized the parish and missed the opportunity to become a councilor.

Magwaza was also vocal on social media, taunting Gumede's critics, telling them that the corruption charges against the former mayor were politically motivated and that Gumede would be re-elected regional chairman of eThekwini ANC when an elective conference was held, finally summoned.

Most of the details about his murders are still unclear and it has not been possible to determine whether the murder was politically motivated or whether it was pure criminality.

Spokesman for Gumede's supporters, Mzomuhle Dube, confirmed the murder and said they were working to visit Magwaza's family to get details.

"At the moment, we don't have a lot of information about the incident and we are trying to avoid making statements without having full information. We are planning to visit his family in Cornubia today, "said Dube.

Twitter
More in this category: « Bribery case opened against three officials at Pretoria Office of the Master. Special official Category 1 funeral for King Victor Thulare. »
back to top