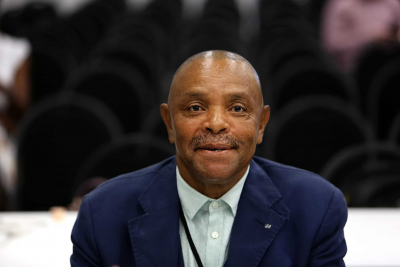 Transnet skeletons that are 13 years old have come out of the cupboard to haunt former SA National Defence Force commander Gen Siphiwe Nyanda.

This emerged at the state capture commission hearings on Wednesday afternoon during the testimony of a director at law firm Bowmans (formerly Bowman Gilfillan), Chris Todd.

Todd shone the spotlight on a security services contract awarded to General Nyanda Security (GNS) at the end of 2007 by Transnet, to the value of R95.5m.

According to Todd, who represented Transnet in the fallout that resulted from the irregularities that were flagged in the awarding of the contract, GNS was nowhere close to qualified for the job.

For starters, instead of Transnet going on open tender, the contract was confined to GNS — and it was none other than controversial former Transnet Freight Rail CEO Siyabonga Gama who signed off on the deal.

Faced with this evidence, Gama U-turned and admitted that the awarding of the contract to GNS was “fraudulent and a scam”, Todd claimed. However, Todd continued, Gama during his disciplinary hearing blamed former managers who no longer worked for Transnet.

The contract was not only awarded without open tender but there was confusion from the onset about its duration, said Todd.

The agreement stipulated that the contract was for one year, but GNS ended up going on for 25 months — for which it billed and invoiced Transnet to the tune of R95.5m. Worse still, Todd testified, GNS had falsely claimed that it had experience, and even plagiarised its pitch from an American security company.