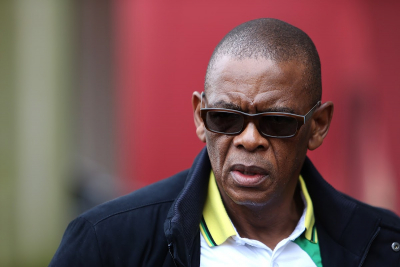 The African National Congress (ANC) sent a letter to uMkhonto weSizwe Military Veterans (MKMVA) spokesperson Carl Niehaus on Tuesday, informing him that it intended to suspend him from his job in the party after he launched a public attack on the party’s deputy secretary-general Jessie Duarte.

Last week, Niehaus released a personal statement in which he accused Duarte of attacking him and undermining his role in the party’s history and struggle against apartheid. Niehaus is currently in hospital battling COVID-19, and his thoughts, penned from his hospital bed, landed him in suspension-worthy trouble.

ANC spokesperson Pule Mabe confirmed that a letter notifying Niehaus of the intention to suspend him has been served on the MKMVA member.

"The ANC can confirm that a letter signed by our general manager has been sent to comrade Carl Niehaus expressing that intention on behalf of the party. All other issues that relate to this letter remain internal."

Meanwhile ANC secretary-general Ace Magashule has distanced himself from statements made by one of his loyal supporters — Niehaus.

"I have observed, with concern, that you are involved in activities that create the impression that you act on instructions from me. I wish to distance myself from your remarks regarding the NEC in which I am a member," said Magashule.

He went on to say the need for the radical transformation of the economy was an important resolution of the ANC.

Niehaus would not be drawn on commenting on the matter.

"Lol. I do not comment to leaked letters, "he said on Tuesday morning when asked to comment on the letter informing him that he could be suspended for violating the party’s policy.

Niehaus has to respond within 48 hours of receiving the ANC’s letter.He also has to tell the ruling party why he should not be suspended on full pay pending the institution of disciplinary action for his conduct.

The letter which landed Niehaus in hot water is dated 14 January.

More in this category: « Eskom suspends loadshedding as the generation capacity impove. COVID-19 patients warned against the high-dosage blood thinners. »
back to top