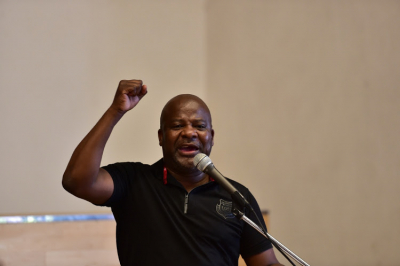 In terms of an out of court settlement between the party and Eastern Cape Cooperative Governance MEC, Xolile Nqata, a special council meeting will be held in seven days to elect a new mayor.

Speaker Buyelwa Mafaya now has to issue a notice calling for the special council meeting, while Bhanga and his mayoral committee will remain in their positions.

DA Provincial Chairperson, Andrew Whitfield, says it has been made crystal clear that the only issue to be addressed in this meeting is the election of an executive mayor.

His spokesperson, Makhaya Komisa, says the order, among others, declared that the election of Bhanga as the executive mayor and the election of the PA's Marlon Daniels as the acting Speaker at a controversial council meeting last year were both inconsistent with the constitution and therefore invalid.

He said Cogta will closely monitor if the Nelson Mandela Bay Metro will implement this order.

Komisa said MEC Nqata also called on all NMB Councillors to ensure that the goal of electing a mayor for the Metro is achieved.

More in this category: « South Africa is getting a Covid-19 vaccine 'ID system'. The BHF responds to findings of the Section 59 Preliminary Report Investigations. »
back to top