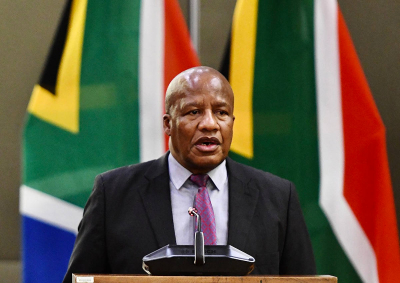 The ANC and political parties across the board have paid tribute to Minister in the Presidency Jackson Mthembu, who died of Covid-related complications on Thursday.

Born in 1958, Mthembu fought against apartheid from his student days in the 1970s and helped set up two metal workers unions when he worked in the steel industry, which campaigned for better conditions for black workers.

In the 1980s, the apartheid authorities frequently jailed him, often in solitary confinement, but when political parties were unbanned the following decade, he became the ANC leader in his hometown of Witbank in Mpumalanga.

From 1994 he served in parliament, becoming national ANC spokesperson the following year, a position he also held from 2009 to 2014, before becoming minister in the presidency in 2019.

In the last remark on his Twitter feed on January 11, Mthembu wrote that he had "visited a military hospital in Tshwane to get medical attention for an abdominal pain", and there tested positive for Covid-19.

The ANC conveyed "its heartfelt condolences" to the NEC member’s family, friends, colleagues and comrades.

"The passing of Jackson Mthembu is a great loss to South Africa and to our movement," ANC national spokesperson Pule Mabe said in a statement.

DA leader John Steenhuizen also expressed great shock at the news and said he was "deeply saddened to learn of the passing of ANC stalwart and my former parliamentary colleague, adversary and friend".

"The news of his death this afternoon comes as a great shock, and I can only imagine the devastating impact this must have on those who were close to him," Steenhuizen said.

The EFF posted a video clip of Mthembu in Parliament on Twitter and said: "While we differed from time to time, we know that our country has lost a powerful force who charged his responsibilities with passion. Rest in peace Comrade Jackson Mthembu."

The death toll from Covid-19 in SA, which has been the worst hit on the continent, has almost reached 40,000.

More in this category: « Livestream: ANC briefs media on Jackson Mthembu's death. 5 dead after Netcare helicopter crashes in KwaZulu-Natal midlands. »
back to top