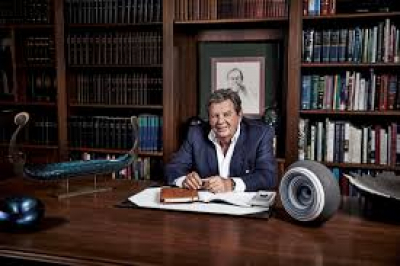 SA billionaire Johann Rupert "did not jump any queue" by getting the Covid-19 vaccine in Switzerland, this is according to Remgro CEO Jannie Durand.

Asked for a response to the story, Durand said: "He did not jump any queue. He was part of the trials. Remgro has nothing further to add."

Rupert owns Remgro, as part of his extensive business empire.

He was speaking after the Swiss daily national newspaper Tages-Anzeiger reported that Rupert has secured a Covid-19 vaccine after he flew into the European country and jumped the country’s inoculation queue.

The 70-year-old Rupert, according to Tages-Anzeiger, was vaccinated earlier this month. The programme only allows those who are 75 years and older, or who have comorbidities, to be vaccinated.

Switzerland approved the use of the Pfizer-Biontech vaccine in December.

The newspaper reported that after a failed attempt to receive the vaccine at a clinic in Lucerne, Rupert was inoculated in the Swiss province of Thurgau on January 12.

The vaccine was administered by the Hirslanden Group, which Rupert owns through his business empire. Hirslanden Group, according to Tages-Anzeiger, was awarded the contract in Thurgau to carry out Covid-19 vaccinations.

Tages-Anzeiger quoted the Hirslanden Group as confirming that Rupert had had access to the vaccination.

A spokesperson told the newspaper: "For reasons of transparency in this matter ... Mr Rupert authorised us to confirm his vaccination as part of the test vaccination."

Hirslanden told Tages-Anzeiger that Rupert has various chronic pre-existing conditions and could therefore be vaccinated.

The company reportedly said that there were no official requirements for the test vaccinations.

According to the newspaper, Hirslanden operates 17 clinics in Switzerland and is a subsidiary of SA Mediclinic International, which is controlled by Rupert’s company Remgro.

More in this category: « In a leaked address of ANC Lekgotla Ramaphosa hints loan needed for vaccine rollout. Government 'keep a close eye' in decline of Covid-19 transmissions which is key in reviewing restrictions. »
back to top