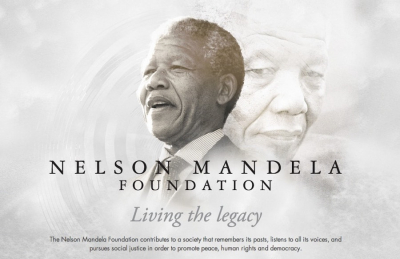 Kgalema Motlanthe will take over the day-to-day running of the Nelson Mandela Foundation, along with two trustees, amid allegations of corruption among senior management.

The board of trustees of the Nelson Mandela Foundation has held two extraordinary board meetings this week to discuss allegations by some staff against members of the Foundation’s management.

At its last meeting the board received a request for leave of absence from CEO Sello Hatang and COO Limpho Monyamane motivated by their desire to ensure the sanctity of the board-driven investigation process. The board, in the best interests of all concerned, accepted the requests. This action of the board should in no way be interpreted as an indication that it has taken any view on the outcome of the investigation.

The board assessed the situation and, in the light of the significance of the allegations and their potential impact on the Foundation’s reputation, the following action steps have been taken:
- An interim leadership structure is being put in place with immediate effect. It is led by former President Kgalema Motlanthe, assisted by two other trustees:
- Attorney and social justice activist Alice Brown; and
- Maya Makanjee, who serves on the board of several South African corporates.
- The interim leadership structure will oversee the Foundation’s day-to-day activities and ensure its smooth running until the investigative process has been completed and the board has considered its findings.

In line with this, the board has already instituted an internal investigation into allegations made in an anonymous email.

In the same statement, the Foundation committed to making public the findings of the investigation.

The board this week also discussed insinuations that the legal firm employed to conduct the investigation, Bowman Gilfillan Inc, may be conflicted because of its previous involvement in a disciplinary process. After a lengthy discussion and having received assurances from Bowman Gilfillan Inc around the integrity of the process, the board is satisfied that there is no conflict, and that a fair and proper investigation is being conducted.

The board has urged Bowman Gilfillan Inc to complete its process as speedily as possible – without compromising the process or the quality of the investigation – so that there is clarity on the veracity of the allegations that have been made.

During the board’s discussions, concern was expressed that individual staff members may be making unsubstantiated allegations to the media with the intention of undermining the investigation, rather than acting in the best interests of the Foundation. The board repeats its request for a fair and responsible approach to the investigation, by all relevant parties, including the media, and that the process be allowed to run its course.