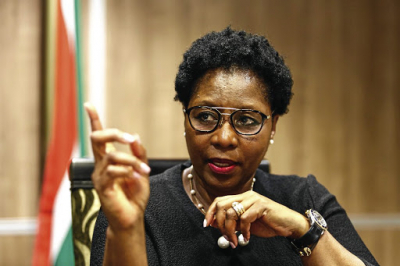 Jafta is already on the stand to present his testimony. .

This after two hours of counsel representing Dlodlo, advocate Dumisa Ntsebeza, having tried in vain to convince the inquiry to postpone Jafta’s testimony.

However, he failed to demonstrate how and which part of Jafta’s evidence posed this threat.

He then moved to advance a line that Jafta had not consulted with Dlodlo, who is the "executive authority" of state security matters in the country.

Asked which law required this, he attempted to quote a section of the Intelligence Services Act which said nothing about consultation between the minister and the DG of the SSA.

Ntsebeza said he had not had enough consultation time with Dlodlo because the minister had only received Jafta’s affidavit on Monday night.

However Zondo dismissed the application for the proceedings to be adjourned.

He said Dlodlo’s application would also be an unnecessary waste of time for the inquiry, "which cannot afford to waste time having done so last week owing to a Covid-19 scare"

He said: The commission is under serious time constraints. All oral evidence must be finalised no later than March. Last week we lost the whole week so every hour counts."