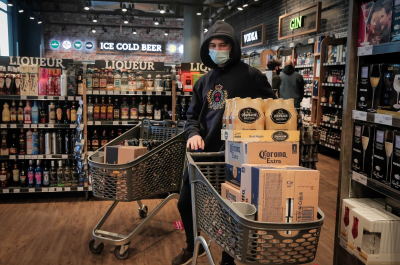 Cosatu has called on government to lift the temporary prohibition on the sale of alcohol in South Africa and instead move towards more permanent changes.

The federation said that it supported the temporary banning of the sale of alcohol under alert lockdown level 3 to enable government healthcare institutions and law enforcement structures to focus on dealing with the rising rate of Covid-19 infections.

However, it said that its position is to save both lives and livelihoods, and that close to a million workers livelihoods depend on the sale of alcohol.

These range from farmworkers to distilleries, manufacturers, distributors and retailers, restaurants, and bars, it said.

The current ban on the sale of alcohol has been devastating, and a prolonged ban would place their survival at risk. We simply cannot afford to lose any jobs or businesses. The ban and other lockdown restrictions should always be treated as temporary interventions.

"The total banning of alcohol is not a solution and lazy and populist politicians who advocate for such are misguided."

Instead, the federation said that the country needs a 'cultural shift' towards alcohol and tighter regulation of its consumption and advertising.

"It is an indictment on government that 26 years after the democratic breakthrough, taverns are one of the few venues for economic activity in townships and rural areas.

"Government needs to show leadership and business must show patriotism in dealing with the effects of the alcohol ban on the economy and the alcohol abuse problem on our health system.  There are no perfect solutions on this matter, so dialogue and compromise should be used to resolve it."

One possible avenue open to the government is the Draft Liquor Amendment Bill which was first mooted in 2016. The bill proposes a number of  wide-reaching changes including:

In addition, the Traffic Amendment Bill has already been approved by President Cyril Ramaphosa and is now set to be introduced in 2021. Alongside a number of other traffic-related offences, it will create a zero-tolerance approach to drunk driving.

This means it introduces a total prohibition for the use and consumption of alcohol by all motor vehicle operators on South Africa’s public roads.

More in this category: « Livestream: State capture inquiry continues to hear SSA-related testimony. Ntshavheni appointed as Acting Minister in the Presidency. »
back to top