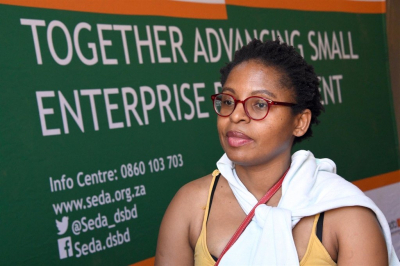 The Minister will continue to perform her responsibilities as Minister of Small Business Development while acting as Minister in The Presidency.

This appointment, in terms of section 98 of the constitution, follows the passing away of minister in the presidency Jackson Mthembu on Thursday January 21 from Covid-19-related complications, "said presidency spokesperson Tyrone Seale.

Seale said Ntshavheni would continue to perform her responsibilities as minister of small business development while acting as minister in the presidency.

According to the government's website, Ntshavheni holds a MBA degree from Bradford University in the UK, BA Hons Development Studies and BA Hon Labour Relations from the University of Johannesburg.

Ntshavheni served as the municipal manager of Ba-Phalaborwa Municipality in Limpopo, a position that she held from April 2008 until November 2010. Her previous professional responsibilities include tourism manager at Trade & Investment Limpopo, chief information officer for the Limpopo department of local government and housing, spokesperson to the premier of Limpopo, and lecturer at the University of South Africa.

More in this category: « Cosatu call for eased alcohol restrictions – with more permanent changes to be put in place instead. Life Healthcare group sets up task team in preparation for Covid-19 vaccines. »
back to top