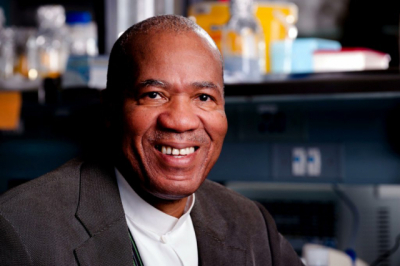 Health ombudsman Professor Malegapuru Makgoba has found that the death of Covid-19 patient Shonisani Lethole, who complained of starving at the Tembisa Hospital, was marred by substandard and negligent care for the patient.

Makgoba has also found that the patient, who tweeted Health Minister Zweli Mkhize, complaining of starvation for more than 48 hours, had in fact not been fed for more than 100 hours while at the Tembisa Hospital.

In a scathing report on the state of Tembisa Hospital, Makgoba said the hospital should never have been designated as a Covid-19 hospital.

He recommended that disciplinary action be taken against the management team who misled then Gauteng Health MEC Dr Bandile Masuku about the state of the hospital.

Makgoba, relying on analysis from the IT departments at the Department of Health and at his Office of the Health Ombudsman, found that Mkhize had become aware of the tweets only after Lethole had died.

He also found that several hospital staff had lied when they said Lethole had been fed. He said Lethole’s tweets were substantiated and credible.

"Shonisani Lethole, from all the evidence, adduced, was not offered meals during his first 43 hours, 24 minutes of admission at Tembisa Hospital since June 23 registered entry on the patient’s registry at 12h36 at Covid-19 Isolation (Patient’s Number: 3521074), until Friday, June 25 at 8am at Ward 23."

"The period was calculated as 43 hours, 24 minutes, from the recorded time of admission. However, if one added the 8 hours, 36 minutes since the last meal at 4am at his home on the June 23. this period would total approximately 52 hours of involuntary fasting."

"More importantly, the hospital management failed to summon a single witness or a previously admitted patient to provide credible evidence to the investigation that breakfast, lunch and supper were delivered, served and eaten by Lethole at Casualty Isolation on June 23 and 24, "he said.

Makgoba also found that from June 27 until his death two days later, Lethole had not been fed. He said he had been sedated and intubated at 1pm on June 27 and a nasogastric tube (used for feeding) had not been inserted after Dr Urmson requested so and after the patient had been vomiting.

Dr Urmson verbally testified and confirmed that she only ordered this (nasogastric tube feeding) later when Lethole was reported vomiting, but her order was not followed up and acted upon.

"This omission was recognised by Dr Molehe that Dr Urmson had not inserted the nasogastric tube during intubation. Dr Urmson’s order was not even documented in the clinical notes," said Makgoba.

Makgoba said Urmson had said she had requested a nurse to insert the tube, but in her report to the hospital’s chief executive, she claimed to have inserted the tube herself.

"Both versions could not be true. No other witness who cared for Lethole ever saw an inserted nasogastric tube.

Makgoba recommended that Gauteng Health MEC Nomathemba Mokgethi urgently appoint an independent forensic and audit firm to conduct a probe into the leadership and management staff at Tembisa Hospital.

The department and the hospital must also take disciplinary measures against 19 staff members who were listed in the report.

He also wants the team to review and revise hospital admissions, processes and corporate structure, in addition to the climate survey assessment of staff and patients.

Mokgethi says her department will study the report and implement the recommendations.

More in this category: « Former Zuma lawyer Kemp J Kemp succumbs to Covid-19. SAHPRA approves Ivermectin for controlled human use to treat Covid-19. »
back to top