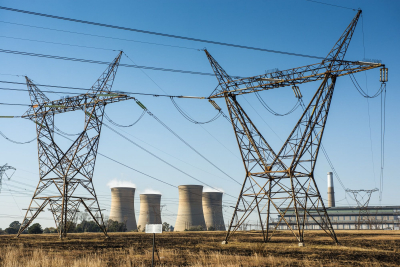 The Stellenbosch municipal council says it will commence with an investigation into the use and generation of alternate electricity energy supplies as a way of avoiding Eskom and load shedding.

The decision puts Stellenbosch in the lead to potentially become the first municipality in the country to eliminate load shedding, it said.

"The promulgation of the Electricity Regulation Act Regulations in October 2020 opened the door for municipalities to start investigating how they can generate their own electricity and purchase electricity from independent power producers (IPP).

"We are proud to be the first out of the starting blocks in this regard," the council said.

While there is still a long road ahead in the battle against load shedding, today’s decision marks the official start of a journey for Stellenbosch Municipality that may culminate in energy independence and long-term energy sustainability."

The municipality said it is in the fortunate position of having some of the brightest minds in the energy sector right on its doorstep.

"We will be able to make use of brilliant internal research entities, experts at the University of Stellenbosch, the Council for Scientific and Industrial Research (CSIR) and the Western Cape Government as part of our joint investigation."

The council said that joint investigation will focus on various potential sources of energy production, including:

The Western Cape provincial government said it will be supporting the Stellenbosch Municipality in its aim to become energy resilient.

"Councils need to be innovative and forward-thinking. The national electricity challenges are not going away anytime soon and councils know that without a guaranteed electricity supply, job security and economic growth remains at risk," said the province’s local government and development planning minister Anton Bredell.

Meanwhile Eskom wants those who generate their own power to pay for grid use - but it will not earn extra.

More in this category: « Mixed reactions over ANC MP of Chinese heritage sworn in. Livestream: Special Provincial Official Funeral Service for Jonas Gwangwa. »
back to top