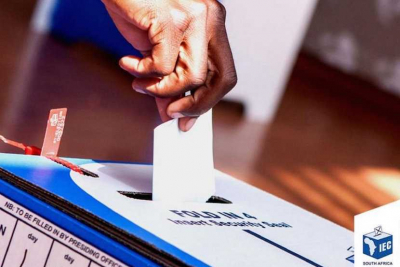 The Electoral Commission says it has begun its final phase of preparations to implement the Political Party Funding Act (Act 6 of 2018) from 1 April 2021.

This follows the announcement last week by President Cyril Ramaphosa of the coming into effect of the Act from that date.

The Electoral Commission welcomed the date of implementation, which coincides with the start of the new financial year within the public sector and for political parties.

The Electoral Commission has called on all political parties and other stakeholders to join hands over the coming months to ensure the smooth and effective implementation of the legislation and regulations.

"The regulation of the funding of political parties is a key aspect of all modern multi-party democracies, and the imminent implementation of the new Act is one of the most important and far-reaching enhancements to our electoral democracy in 25 years.

"Transparency and information is the foundation for free and fair elections and this Act will go a long way in providing information to voters, the media, civil society and all other stakeholders on how political parties are privately funded," said IEC chairperson Glen Mashinini at a media briefing in Pretoria on Friday.

While the Act provides for various sanctions and enforcement measures to ensure compliance, Mashinini said the establishment of enforcement capacity will take time.

"The Electoral Commission has repeatedly said that its focus during the early years will be on assisting political parties and others to comply.

"The successful implementation of the new party funding disclosure framework will rely heavily on self-regulation and compliance. We do not want to be the party funding transparency police.

The Electoral Commission called on the media, civil society and the public to play their part in ensuring full and accurate disclosure by parties.

"Civil society and the media have played a very central role in advocating for the new legislation. But their work is not finished. We ask that they continue to keep the pressure up on all of us to ensure we all meet our obligations.

"It is going to take a bit of time for all stakeholders to become familiar with the provisions of the legislation and the practicalities of meeting their obligations.

"This is a journey, but every journey starts with a first step. We are excited about taking our first step on this journey together on 1 April," Mashinini said.

The Act is meant to increase transparency around party funding ahead of the Local Government Elections scheduled to be held between August and November this year.

The Act requires all political parties and their corporate donors to declare donations (including donations in kind) above the value of R100 000 per year to the Electoral Commission quarterly.  The Commission will then publish these declarations online.

Furthermore, the Commission will table an annual report in Parliament, with a record of all donations across the political spectrum.

With the Local Government Elections scheduled for this year, political parties will be required to disclose all donations received between April and June this year ahead of the elections.

The Act also prohibits donations to political parties by foreign governments, agencies or persons, and organs of State and State-owned entities.

It also sets an annual limit of R15 million as the maximum an individual or organisation may donate annually to an individual party.

One of the first actions in preparation for the implementation of the Act is the publication in the Government Gazette today of the regulations that were drafted over the past two years in consultation with political parties, civil society and other stakeholders.

Among others, the regulations provide guidelines on the procedures, deadlines and methods of declaration of donations, including templates of the various online forms and other forms of correspondence.

In order to help prepare political parties, donors and other stakeholders to begin meeting their obligations from 1 April, a comprehensive programme of stakeholder engagement will be rolled out over the next two months.

This week, the Electoral Commission met with the National Political Party Liaison Committee to update represented parties on the latest developments.

Other elements of the programme will include the publication of guides, pamphlets and notices in various media to explain aspects of the new law and regulations to the public and other interested parties.

This will be supplemented with the continuation of online education and training initiatives for users of the online system, which have been underway since November.

Like the current Act, the new Represented Political Party Fund (RPPF) will distribute money quarterly from the National Revenue Fund to political parties represented in the national and provincial legislatures.

The Multiparty Democracy Fund is a fund administered by the Electoral Commission into which contributions to support multiparty democracy can be made, providing a "hands-off" channel through which corporate entities, individuals and other organisations can contribute funds to parties without having to engage directly with them or needing to declare these separately.

The Electoral Commission will embark on a fund raising drive to encourage donations to the Fund.

The funds collected by the Multiparty Democracy Fund will also be distributed quarterly to represented political parties according to the same new ratio (1/3 equitable and 2/3 proportional) established for the Represented Political Party Fund.

Such declarations must be made by the recipient political party each quarter and donors are required to declare donations within 30 days of payment.

To facilitate these declarations, the Electoral Commission has developed an Online Party Funding System, which has been availed to represented political parties for testing and piloting since late 2020.

A third aspect of the Electoral Commission’s preparations is the continued capacity building internally to enable it to monitor, evaluate and cross-check the declarations, and to publish the information to provide for greater transparency in electoral democracy.

More in this category: « Ramaphosa celebrate the life of legendary musician Sibongile Khumalo. Gauteng COVID-19 hospital admissions on the rise, while new cases decline. »
back to top