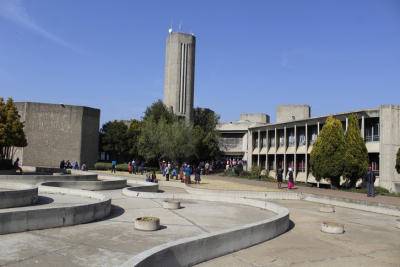 The KwaZulu-Natal provincial government has placed uMkhanyakude and Nquthu Municipalities under administration in a bid to prevent the collapse of governance and bring back stability and order.

The decision was taken during the first Provincial Executive Council (PEC) virtual meeting for this year, held this week.

Provincial government spokesperson, Lennox Mabaso, said that the drastic interventions by government had been taken in the best interest of the people of both municipalities.

uMkhanyakude was placed under administration because it has been embroiled in internal strife which has severely compromised key areas of service delivery.

"The council has failed to hold three consecutive scheduled meetings to consider matters that affect the functioning of the municipality and service delivery. There is a serious challenge with performing executive functions and oversight. There are allegations and counter-allegations of maladministration, fraud and corruption.

The municipality currently operates on the budget that is unfunded in violation of the Municipal Finance Management Act.

The Nquthu municipality has failed to investigate unauthorized, irregular, fruitless and wasteful expenditure, and the Municipal Public Accounts Committee (MPAC) is also dysfunctional.

Nquthu is among the 12 municipalities which have been flagged as distressed, despite interventions implemented in line with the Municipal Support Plans

"There has been instability in the municipality since March 2020 when the municipal council purported to elect the mayor, following resignation of the former mayor. As a result, the municipality failed to comply with the requirements of the Municipal Systems Act related to the development and approval of the IDP and Budget Process Plan which must be adopted on or before the 31st August annually.

"The mayor of the municipality has been unlawfully elected in violation of the lockdown regulations. The failure of the council meetings owing to instability resulted in the municipality’s failure to adopt its IDP and Budget Process Plan for the year 2021/22, hence compromising a key executive responsibility and prejudicing the people of Nquthu."

Mabaso emphasised that the council took a decision as the sixth administration that service delivery, good governance, sound financial management and institutional stability are areas of no compromise.

He said the executive council has since requested Cooperative Governance and Traditional Affairs (CoGTA) MEC Sipho Hlomuka to present to the National CoGTA Minister Nkosazana Dlamini-Zuma, National Council of Provinces, and Parliament for their approval.

The PEC has also said it will "fearlessly confront, municipal instability and any threat to service delivery in the best interest of the people."

The provincial government appealed for engagement and peaceful resolution of any areas of challenges.

"Violence has never solved any problem in fact, it is breaking the law, "Mabaso said.

More in this category: « SA cases rise to 1,443,939 while Johnson & Johnson's Covid-19 vaccine proven 57% effective. Ramaphosa promotes the platform for safety of journalists. »
back to top