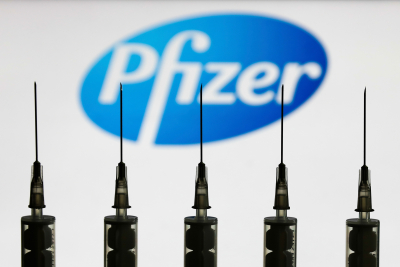 Health minister Zweli Mkhize told the Sunday Times that these vaccines have been secured and that government was now just awaiting manufacturers to submit final agreements with details of delivery dates and exact amounts.

Further vaccine orders would be announced once details had been finalised, Mkhize said.

"We are negotiating, largely with Pfizer, AstraZeneca, Johnson & Johnson, but some of it is coming via the African Vaccine Acquisition Task Team and Covax."

"We are reasonably comfortable that what we have paid for, signed for and are negotiating for will cover the numbers that we are looking to vaccinate," he said.

Mkhize also confirmed that the country has enough storage space to safely secure the vaccines at the correct temperatures, and that government plans to issue a formal tender process next week.

The minister’s surprise announcement would mean that the country has secured the supply of over 40 million vaccine doses, bringing it much closer to the goal of vaccinating two-thirds of the population.

In a briefing on Wednesday evening (27 January), Mkhize confirmed that one million dosages of the vaccine are scheduled to leave India on Sunday (31 January) and will arrive in the country on Monday (1 February).

Below are the other key points from the briefing.

More in this category: « ANC IPC temporarily suspends Mokgoro's membership for colluding with opposition parties. Ivermectin worth R6 million seized at OR Tambo airport. »
back to top