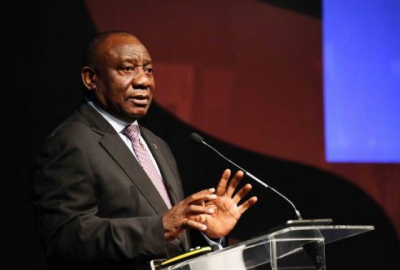 Presidency has confirmed President Cyril Ramaphosa will address the nation at 8pm on Monday, February 1 regarding developments in relation to the country’s response to the coronavirus pandemic.

This comes after a meeting of the presidential coordinating council on Sunday, January 31.

The address will be broadcast and streamed on a range of platforms including Fullview accessible to South Africans and international audiences.

Government is facing increased pressure from business, labour and provincial governments to ease some of South Africa’s level 3 lockdown restrictions.

While each sector is likely to raise individual concerns with government around the opening of the economy and saving lives, the issue of alcohol sales appears to be a key focus.

The sale of alcohol was banned in South Africa on 29 December in an effort to relieve pressure on hospitals and stop the spread of the second wave of Covid-19 infections.

The opening of beaches, the evening curfew and concerns around the opening of schools are also issues which have been raised and the government is likely to consider.

President @CyrilRamaphosa will address the nation at 20h00 today, Monday 1 February 2021, on developments in relation to the country’s response to the Coronavirus pandemic.

Ramaphosa placed the country on Level 3 on December 28, 2020 and also reintroduced the booze ban for the third time since the state of emergency was announced. He also announced a 9pm to 6am curfew.

The last time Ramaphosa addressed the nation was on January 11, when he announced the country would remain on Level 3, but that the curfew was altered from 9pm to to 5am. He also announced all the country’s land borders would be closed until February 15, except for outlined purposes including life-threatening conditions, diplomats, repatriation and others.

Since then, Western Cape Premier Alan Winde has been pushing for an easing of restrictions in the province. He is calling for the beach ban and alcohol ban to be lifted, as well as for a 11pm to 4am curfew.

More in this category: « South Africans to get clarity on the reopening of schools. Livestream: First batch of Covid-19 vaccines land in South Africa. »
back to top