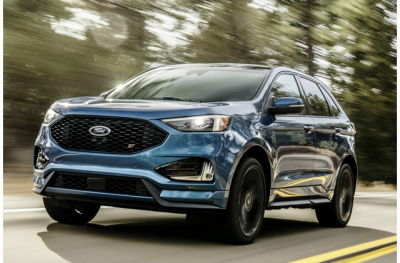 The Ford Motor Company says it will increase its presence in South Africa, with plans to invest R15.8 billion and create 1,200 jobs in the coming years.

This investment is the largest the US automaker has made in South Africa in its 97-year history in the country, the group said in a media briefing on Tuesday (2 February).

Ford said that the manufacturing investments will go toward the production of its Ford Ranger bakkie – one of the top-selling vehicles in South Africa, and regionally.

The expanded production will create 1,200 jobs with Ford in South Africa, increasing the local workforce to 5,500 employees, adding an estimated 10,000 new jobs across the its supplier network.

Ford said that it also aims to make its Silverton plant in Pretoria entirely energy self-sufficient and carbon neutral by 2024.

"This investment will further modernize our South African operations, helping them to play an even more important role in the turnaround and growth of our global automotive operations, as well as our strategic alliance with Volkswagen," said Dianne Craig, president, Ford’s International Markets Group.

"Ranger is one of our highest volume, most successful global vehicles. This investment will equip our team with the tools and facilities to deliver the best Ford Ranger ever, in higher numbers and with superior quality."

Speaking at the same event, president Cyril Ramaphosa said that the country has a well-developed automotive industry, with advanced manufacturing capabilities, an appropriately skilled workforce and access to growing markets.

This will help to expand and transform the country’s manufacturing base, improve its export capacity, create employment and develop skills.

"The $1 billion investment announced today by the Ford Motor Company of South Africa is a clear statement of the company’s confidence in this development and its ambitions for its South African business," he said.

"This investment will make the Silverton Assembly Plant one of the biggest Ranger plants globally and one of the largest Ford truck plants outside the United States."