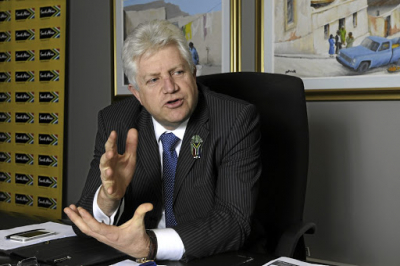 The Western Cape province will officially commence its COVID-19 vaccine rollout programme by no later than 15 February.

"We anticipate delivery of the Western Cape’s share of South Africa’s first batch of vaccines at our Cape Medical Depot within the next five to 10 days and have prepared our systems to ensure that everything is in place for an effective and efficient rollout," Western Cape Premier Alan Winde said in a statement on Thursday.

The vaccines will be rolled out in three separate phases, starting with health care workers who are on the frontline.

For the first phase, the province has identified 378 public sector facilities and 41 private facilities where vaccination will take place.

"We have ordered 93 vaccine friendly fridges which are due to arrive within the next few days. We have ordered and received consumables including needles, swabs and cooler boxes.

"We have conducted an assessment of the generators in various facilities and have portable generators on standby," Winde said.

Nearly 2 000 vaccinators began their online training this week, with 500 more applicants to be loaded onto the system.

"An ongoing staff opinion poll has to date surveyed 3 027 health care workers on their opinions regarding vaccination. Of these, 54% have indicated that they will be taking the vaccine, 26% have indicated they would maybe take the vaccine and 20% have said they would not take it. Vaccination is optional and will only be done once full consent has been given," the Premier said.

The province is currently finalising the beneficiary list for all of those healthcare workers who are not on the Western Cape Government’s personnel system.

"We have also met with the national Business for South Africa team. A dedicated Western Cape team who will engage with the private sector, will be formalized by tomorrow," Winde said.

The province has also started with discussions for the planning for phases two and three of the rollout strategy.

"In phase two, we anticipate having to vaccinate up to two million residents who meet the following criteria: essential workers, people in congregate settings and vulnerable groups, including people over 60 and anyone older than 18, with high-risk comorbidities. In phase three, we are aiming to vaccinate a further 2.9 million residents, and anyone over the age of 18 will qualify in this round.

"We have already held exploratory meetings with the City of Cape Town and the IEC in this respect and a formal committee will commence work next week," Winde said.