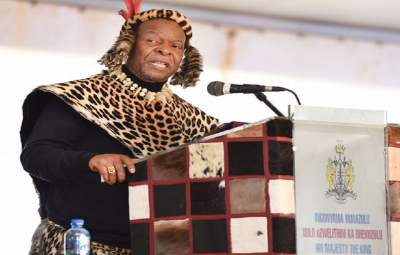 Zulu King Goodwill Zwelithini is being admitted and treated in hospital to monitor his diabetes condition.

In a statement on Sunday morning, IFP MP Prince Mangosuthu Buthelezi — who is also an inkhosi of the Buthelezi clan and traditional prime minister to the Zulu monarch and nation — said that Zwelithini had "several unstable glucose readings" over the past few weeks, raising the concern of health professionals. He required treatment in a Zululand hospital for this.

"Unfortunately the problem did not fully resolve, and His Majesty has had to return to hospital to stabilise his glucose levels once again. His doctors have felt it necessary to place him in ICU to deal with this thoroughly," said Buthelezi.

He added that this was being "treated with particular caution" because diabetes was a known comorbidity associated with Covid-19.

"I therefore wish to assure the nation that His Majesty the King is receiving the necessary care for his diabetes, as he has always done. As always, the minister of health is aware of these arrangements," he said.

He has assured the Zulu nation that Zwelithini is receiving the necessary care for his condition and Minister of Health Zweli Mkhize has been fully briefed.

Tweet
More in this category: « South Africa in talks with hope of a deal to develop Covid-19 vaccines locally. 3 dead, 9 injured in 3 separate Gauteng road accidents this weekend. »
back to top