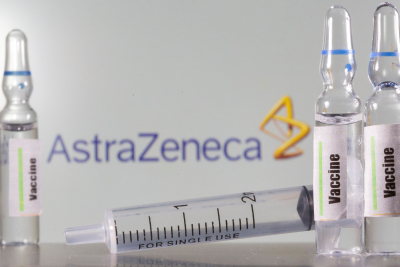 Health Minister Zweli Mkhize announced the rollout of AstraZeneca vaccine which had been scheduled to begin in South Africa soon is now on temporary hold.

The minister said: "In the next four weeks we will have results of AstraZeneca, Johnson & Johnson and Pfizer. When new information is brought to light and viruses change and mutate, decisions need to be made. This is possibly why the AstraZeneca vaccine rollout is on hold for now. In the next few weeks South Africa will have the J&J and Pfizer vaccine."

Wits Professor Shabir Madhi told a media briefing on Sunday that results from the trials show that the AstraZeneca vaccine was less effective against mild and moderate forms of the B.1.351 coronavirus variant first identified in the country. He said it was "disappointing" and a reality check.

He explained results recently released from a vaccine trial conducted in partnership with Wits University which attempted to analyse the effectiveness of the AstraZeneca vaccine in the South African population. The study was conducted last year towards the end of the first wave of the coronavirus pandemic.

It enrolled just over 2000 participants who were between the ages of 18 and 65 years. The participants did not have comorbidities and were relatively healthy.

Madhi said the recruitment of participants started towards the end of the first wave, but while the study was underway the new variant started spreading in the country -especially in the Eastern Cape and became a dominant part of the second wave of the pandemic.

Madhi said evidence collected showed that the AstraZeneca vaccine was less effective against the new variant. Before October 31, when the trial began – results showed promise and the likelihood of protecting against mild cases of the virus. Results had shown that the vaccine was 75% effective with a single dose in 14 days. These same results could not be replicated based on the new variant.

He said the question of whether the AstraZeneca vaccine would be effective against severe forms of the virus had not been answered as the study did not aim to answer that question. A larger study would be needed, Mahdi said.

He said had the virus not mutated, the results would have been promising.

Madhi said it was not all "doom and gloom" as vaccines like the one-dose vaccine offered by Johnson & Johnson offered more promising effectiveness against the SA variant and severe forms of the virus.

Professor Glenda Gray agreed that early results from the Johnson & Johnson vaccine were more promising and the vaccine could be a "silver bullet".

The single-dose vaccine was shown to be 85 percent effective in preventing severe disease and death in the 501Y.V2 variant.

"We are in advanced discussions to further evaluate the single shot Covid vaccine in South Africa in an accelerated manner," said Gray.

South Africa received a million doses of the AstraZeneca vaccine from the Serum Institute of India this week, with another batch of 500 000 doses set to be delivered later this month.

Mkhize said healthcare workers will be vaccinated with the Johnson & Johnson and Pfizer vaccines.

The panel confirmed that the AstraZeneca vaccine did come with an April expiry date and that talks were underway with the Serum Institute of India to possibly exchange the stock.

Tweet
More in this category: « Livestream: Minister Zweli Mkhize’s urgent update on COVID-19 vaccine. SA records 1 476 135 Covid-19 cases with vaccines that are expiring earlier than planned. »
back to top