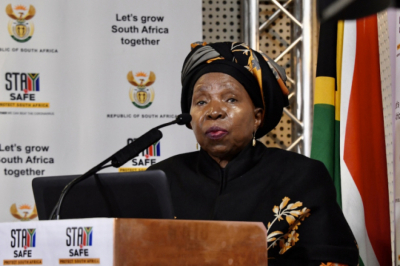 Cabinet has announced the extension of South Africa’s national state of disaster by a further month.

In a statement on it latest decisions published on Wednesday (10 February), cabinet said that the state of disaster will now continue until 15 March 2021.

The extension is expected to be officially gazetted Cooperative Governance and Traditional Affairs (Cogta) minister Nkosazana Dlamini-Zuma in the coming days.

The latest extension is notable as it will be a full year since the state of disaster was introduced for the country in March 2020.

Government has relied on the state of disaster to introduce and give effect to lockdown restrictions, which it has used to curb the spread of the Covid-19 pandemic.

The opposition Democratic Alliance (DA) said the use of section 27 of the Disaster Management Act, and the repeated extensions, has created a ‘de facto state of emergency’, with government assuming powers over every aspect of South African life.

The party has now called on President Cyril Ramaphosa to submit any possible extension of the national state of disaster to parliament for approval and review.

It has also indicated that it will prepare draft legislation in 2021 to amend the Disaster Management Act and bring future lockdowns under parliamentary control.

Tweet
More in this category: « SA records 1 482 412 cases while healthcare workers to get a shot of Johnson & Johnson, Pfizer vaccines. SONA 2021 breaks with tradition as Ramaphosa will deliver annual address at 7pm tonight. »
back to top