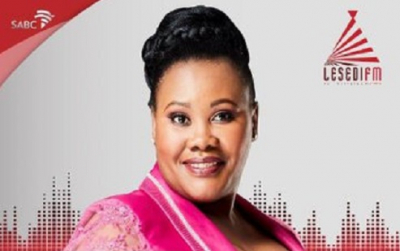 Free State police have opened a case of attempted murder after Lesedi FM radio personality Dimakatso Ratselane was stabbed multiple times and left for dead, allegedly by her husband.

Free State police spokesperson Motantsi Makhele confirmed that Ratselane and her husband left their home in Mandela View to pick up their children and allegedly had an argument.

"Along the way, they quarrelled and they ended up in an informational settlement popularly known as Dinweng. Community members and friends found Dimakatso in a critical condition near a tavern around midnight."

Makhele said community members found her covered in blood, indicating that she had suffered several stab wounds. She was taken to the nearest hospital. Makhele added that the husband is a suspect, and is still at large.

Police have appealed to anyone who might know the whereabouts of the suspect to call CrimeStop or provide information via the MySAPS app.

Tweet
More in this category: « Government forges ahead with the new plan for the municipalities. 15 suspects arrested for squandered Mandela funeral millions. »
back to top