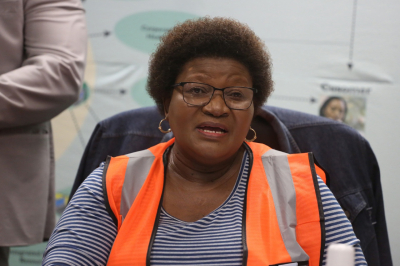 Eastern Cape health MEC Sindiswa Gomba tops the list of ANC bigwigs fingered for siphoning up to R10 million allocated for the funeral of Nelson Mandela.

On Friday, the Hawks announced the arrest of Buffalo City officials, prominent political party members, businessmen and entities who defrauded the municipality a sum of up to R10 million in the procurement of transportation and booking of venues during Mandela’s memorial service and funeral preparations.

All accused appeared in the East London Magistrate’s Court on charges of fraud, money laundering, corruption and contravention of the Municipal Finance Management Act (MFMA).

Gomba is accused along with 14 others including ANC MP Veronica Ncitha, who is the former mayor of the municipality, former member of the provincial legislature Themba Tinta and former council speaker Luleka Simon Ndzele.

NPA national spokesperson Sipho Ngwema said: "The suspects were granted bail and the matter was postponed to 5 March 2021 in order for the defence to obtain copies of the docket and the standing accused to be apprehended and appear in court. This matter is coming back to the roll after it was withdrawn in 2019 in order for the investigation to tighten up the loose ends and add more charges."

"Now that she has been charged by the NPA [National Prosecuting Authority] and released on bail, I will look into this matter and will soon communicate my decision to the people of [province]," he said.

Mabuyane added that when he appointed Gomba as MEC, she was not facing any charges because the NPA had provisionally withdrawn charges against her.