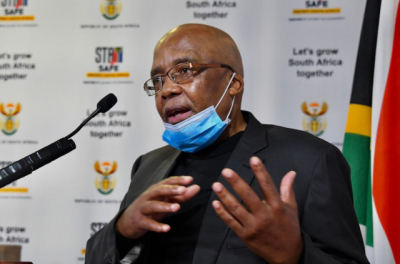 Twenty South African land borders will re-open on Monday after they have been closed for more than a month.

On Saturday, cabinet gave the go-ahead for the reopening for these border posts.

The border crossings between SA and Botswana, Lesotho, Eswatini, Namibia, Mozambique and Zimbabwe were closed on January 11 in an attempt to control the spread of Covid-19.

For the past month, travel into and out of South Africa through these border posts were limited to only a number of reasons - including the transportation of fuel, cargo and goods as well as emergency medical treatment.

A host of new interventions are being implemented to prevent the chaos witnessed over the festive period, including that trucks will be limited to a 700-metre queue.  As soon as the queues become longer than that, trucks will be diverted to rest stops.

A statement from the home affairs said minister Aaron Motsoaledi, deputy minister Njabulo Nzuza and director-general Tommy Makhode will visit the four busiest border posts for the reopening on Monday.

The department said the management of people through borders remained an important part of SA's strategy to control the spread of Covid-19.

In the past four weeks the department has increased its engagements with officials in neighbouring countries, provinces with land borders and other stakeholders to improve co-ordination of efforts," he said.

The aim of these engagements was to share plans and ensure seamless movement of travellers and goods to minimise the chances of border crossings being super-spreader events."

In addition, the reopening plan includes a crackdown on fake Covid-19 test certificates.

Any person presenting themselves at any of the borders with fake Covid-19 certificates will be denied entry and barred from visiting South Africa for a period of at least five years, said the department.

Tweet
More in this category: « Legendary boxing manager Mzimasi Mnguni dies aged 73. Magashule's close-allies calls for a wider consultation on 'step aside resolution'. »
back to top