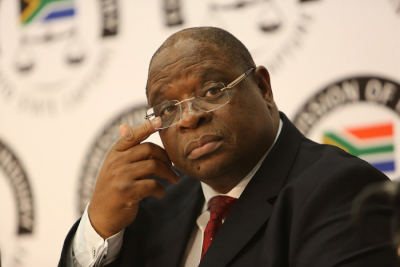 The apology was shared in an official statement by the ANC, and reads in part:

"On 10 February an article was published in my name which, upon reflection, I believe I owe you an apology."

"The article appears to speak to your person directly and for this, I humbly apologise to you. It was not my intention to show any disrespect towards you personally."

Duarte further explained that her intention in writing the op-ed was to share her reflections on several witnesses who appeared before the commission and, in her opinion, did not seem to "know that the current system of our national assembly is premised on a proportional representation system, largely in line with the Westminister model which provides for the whippery system".

She concluded by expressing her respect for the Deputy Chief Justice and the work the Judicial Commission of Inquiry into Allegations of State Capture is doing.

In the article, titled 'Testimony at the Commission is an onslaught against the people' Duarte asserted: "Over the past few weeks, we have witnessed both the sorcery, the imagination of storytellers and the lack of scepticism as well as knowledge."

"In every home, the witnesses of the Commission appeared more and more surreal as they told their truth and I kept hoping that at least one person would explain how decision-making and consultation in a liberation movement works," she added.

@MYANC Deputy Secretary General Comrade Jessie Duarte letter to the Honourable Chief Justice Zondo on an Op-ed published in the Daily Maverick and expressing continued support to the work of #statecapturecommissionofenquiry. pic.twitter.com/lYCc4MXlxs

In her article, Duarte further expressed concern that "democratic centralism is now the subject of a commission led by a judge who, with respect, practices his craft based on the narrow parameters of existing laws".

She even went on to predict that her words might not be received without prejudice.

Duarte’s apology comes right as the ANC’s highest decision-making body apart from their conferences congregates to deliberate over the party’s 2017 Nasrec elective conference resolution which would require those facing criminal charges to step aside.

Tweet
More in this category: « SA,India battle over Vaccine: SII refuse to give new doses, and SA wont pay for second batch - Report. ANC members to challenge outcome of 2018 FS conference at Supreme Court of Appeal. »
back to top