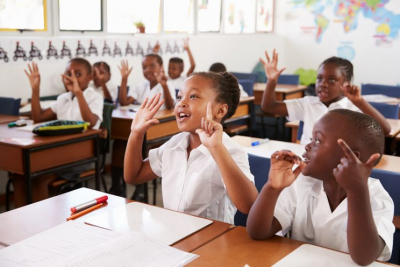 Minister of Basic Education Angie Motshekga has briefed members of the media on the state of readiness for the opening of schools, in the context of Covid-19 on Sunday.

This as learners get ready to head back to the school on Monday, 15 February 2021.

The term ends on 23 April 2021, followed by a week-long break. The second term will run from 3 May until 9 July, with a two-week break. The third term will start on 26 July and end on 1 October, with a break for 10 days.

South Africa's public schools are ready to receive hundreds of thousands of pupils back into classrooms tomorrow, with the health and safety of children, staff and teachers a top priority, said Motshekga.

The minister said 250 000 young people have been employed under the auspices of the Basic Education Employment Initiative as teaching assistants and general assistants to bolster educators’ capacity at schools. The new jobs were created as part of President Cyril Ramaphosa’s fiscus stimulus package announced in April last year.

R2 billion has been allocated to SGB-funded schools, Motshekga said.

Motshekga added that fee-paying schools "have the authority to enforce parents to pay school fees through legal means".

"The liability of parents is determined through an affordability formula, which can be used to determine whether a parent can be exempted partially or fully from paying school fees.

"There are other instances where parents are unable [to pay] because of the impact of the virus ... because this decision is taken by SGB, they should make representations to the school to make sure that the necessary procedures and protocols are followed, "the minister said.

Motshekga said another concern is that schools are reportedly charging parents registration deposits, and others are "charging parents exorbitant amounts" to pay staff bonuses.

"We must advise schools to avoid such temptations, as the first is illegal and the second is completely unreasonable, especially as it is done and enforced under the devastation caused by the Covid-19 pandemic," she said.

The minister also said the figures indicate that 1 169 educators have passed away of Covid-19. This year alone, up to 12 February, the number of educators stands at 159, Motsheka said.

Since the Covid-19 pandemic, the department has been monitoring the state of provinces on a regular basis to ensure that they have systems in place to cope under the pandemic and to provide support where it was needed to ensure the smooth opening and running of schools.

"We will continue to maintain the delicate balance between health and safety in schools on the one hand, while on the other we deal with the curriculum gaps identified during the 2020 academic year. Senior managers in the sector, under the leadership of the director-general, have been working very hard to strengthen the already existing plans for 2021," Motshekga said.

The Council of Education Ministers (CEM) met on Saturday and the matter of school admissions was identified as critical, because the system could not afford to see any pupils being left behind.

The South African Democratic Teachers Union (Sadtu) and the National Professional Teachers Organisation of SA (Naptosa) said on Saturday this was an opportunity to get pupils back at their desks.

Executive director for Naptosa Basil Manuel said they supported the reopening of schools, but there must be strict adherence to health protocols.

Naptosa has always supported the reopening of schools and we had had conditions that the schools be safe and health concerns addressed. "We do believe schools create a safe environment for learners and teachers," said Manuel.

"We have no doubt that schools must reopen, but we must do it in the safest possible manner," he said.

He said the fact that they want schools to reopen did not take away the concerns they have.

Manuel added that there were concerns in some of the rural provinces in terms of the state of readiness levels.

But Naptosa was also concerned that for years the school infrastructure has been collapsing and this has not been addressed by the government.

The reopening of schools this week will be followed by the release of the matric results on February 22.

Twitter
More in this category: « Livestream: Minister Angie Motshekga briefs SA ahead of schools re-opening. Public Protector sets her sights on company with links to ANC’s PSG Jacob Khawe. »
back to top