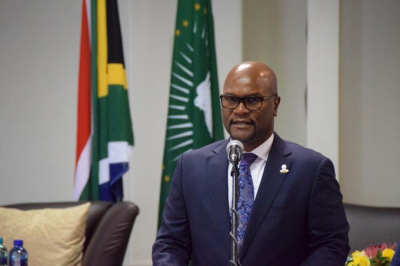 The Minister of Sport, Arts and Culture, Nathi Mthethwa, has congratulated South African filmmakers for the short film "Address Unknown" being selected to participate in the 2021 Pan African Film Festival (PAFF) taking place in Los Angeles in the United States.

This is America’s largest and most prestigious black film festival. It was co-founded in 1992 by award-winning actor Danny Glover, the late Ja’Net DuBois and Executive Director Ayuko Babu.

"It is with the utmost honour [we] receive the news of this significant milestone in South African Film. Congratulations to the producers at Green Leaf Films as well as the directors, scriptwriters, actors and production crew who feature a strong line-up of female creatives in most departments," the Minister said on Monday.

The film, which is dedicated to the people of District Six, was funded by among others the National Film and Video Foundation (NFVF), an agency of the Department of Sport, Arts and Culture. They began the production process in 2019 and completed filming in July 2020.

"We celebrate your contribution in taking our stories to the world, as the custodians of our history and our heritage. It is equally significant that the announcement of the PAFF Official Selection of “Address Unknown” comes just days after the 55th anniversary of District Six being declared a white group area on 11 February 1966.

"In the absence of such stories, our children and the generations to follow would never know the truth. Lest we forget," Mthethwa said.

As a result of the COVID-19 restrictions in place across the world, the PAFF screening of “Address Unknown” will be an online event for viewers in South Africa and abroad.