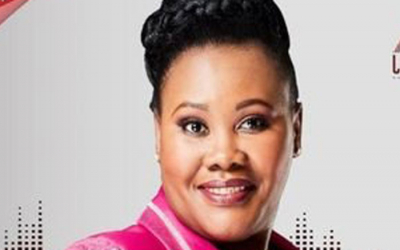 Police have confirmed the husband of Lesedi FM presenter Dimakatso Ratselane was arrested on Tuesday morning.

At about 10.30am, the Free State team supported by Soweto Flying squad arrived at a house in Ennerdale, where they found the suspect in hiding. He was taken into police custody and will appear in court soon to face a charge of attempted murder," Free State police spokesperson Brigadier Motantsi Makhele said.

Makhele said the team worked around the clock as soon as the warrant of arrest was issued, following all leads, until early hours of Tuesday when they followed intelligence-driven information which led them to a house in Gauteng province.

"Our gratitude goes to our team for all their efforts in making sure that we get the perpetrator behind the bars," said the provincial commissioner.

"All information from our communities is appreciated as it also played a vital role, and I would like to thank them for that as well. Any act of gender-based violence will never have space in this province."

Ratselane and her husband were last seen together leaving their home to fetch their children on Tuesday night last week. She was later found in another part of Bloemfontein at midnight, stabbed and without her husband in sight

Makhele said at the time the attack happened during an argument.

"She was not found by us (SAPS). It is alleged that the well-known radio presenter and her husband left their home in Mandela View travelling to Phase 2 (also in Mangaung) to fetch their children. Along the way, they quarrelled and ended up in an informal settlement known as Dinaweng, "he said.

He said community members found Ratselane in a critical condition near Bra-White’s tavern around midnight. Her body was covered in blood, indicating she had suffered multiple stab wounds.