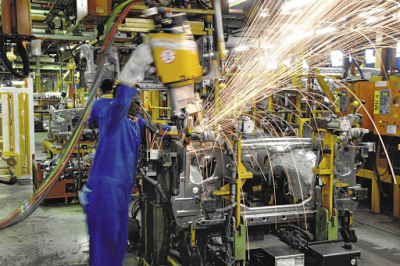 The three workers who were trapped after an explosion at ArcelorMittal’s premises in Vanderbijlpark, Gauteng, on Wednesday have been confirmed dead.

Metalworkers union Numsa has confirmed that three of its workers who were trapped at ArcelorMittal's Vanderbijlpark operation have died.

We mourn the loss of three workers who passed away after an explosion at #ArcelorMittal in Vanderbijlpark yesterday. Our deepest condolences to the families and friends of those who lost loved ones. May their souls rest in peace.??
.@IrvinJimSA
.@SAFTU_media
.@phakxx pic.twitter.com/Gs06Cv5jDl

The steel production company confirmed in a statement on Wednesday that the incident occurred in the early hours of Wednesday morning.

The portion of the stack that collapsed fell onto the coke battery control room in which the three employees were working.

They were trapped after the building they were in collapsed following an explosion on Wednesday morning.

The cause of the incident is not known at this stage, but the company has launched a full investigation.

Numsa's Phakamile Hlubi-Majola spokesperson said that the families of the miners were anxiously hoping that their loved ones would be found alive.

"We are convinced that had it not been for the intense efforts of workers themselves, who volunteered and risked their own lives and took the initiative through the massive pile of rubble to locate the workers trapped under the building, we would not have been able to recover these bodies."

Numsa has expressed their condolences to the families and friends of those who lost loved ones.