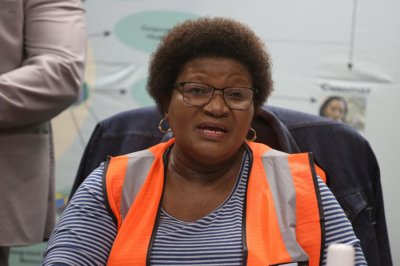 Her axing was announced by Mabuyane at a news conference on Thursday.

Gomba’s firing comes after Mabuyane was instructed during the provincial working committee of the province that he had to deal urgently with tainted members in his executive.

This was after she was released on R1,000 bail by the East London magistrate’s court earlier in February.

Gomba has been implicated in the Nelson Mandela funeral corruption scandal.

"It is in the best interest for Gomba and the provincial government," Mabuyane said.

Gomba is no stranger to controversy. She was under fire after the provincial government pulled the plug on the contentious scooter ambulance tender in 2020 and has had several embarrassing slips on live TV.

She could not be reached for comment at the time of publishing.

This is a developing story and will be updated as more details emerge.