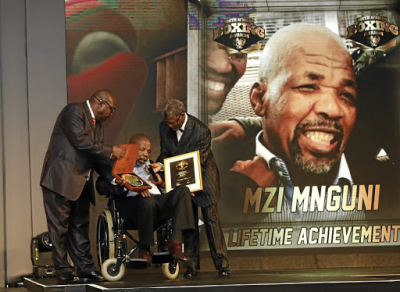 The late boxing icon Mzimasi Mnguni has been granted a provincial official funeral.

This was revealed by government officials on Wednesday.

Sports dignitaries and government officials converged at the home of  Mnguni in East London to pay their respects to him.

His death has sparked a flood of tributes with his drive-by memorial service on Wednesday attended by scores of people, some of which had to stand in the streets to observe Covid-19 regulations.

Mnguni produced a horde of world and national champions who were also present at his send-off.

Mnguni will have two funeral services with the first being held at the Presbyterian Church of Southern Africa in Gompo on Saturday. The second will be held at his eMaZotshweni location in Alice on Sunday.

Tweet
More in this category: « Parents given seven days to accept or decline an offer of school placement. Three more arrested and two others rearrested for perjury in the R56 million saps vehicle branding case. »
back to top