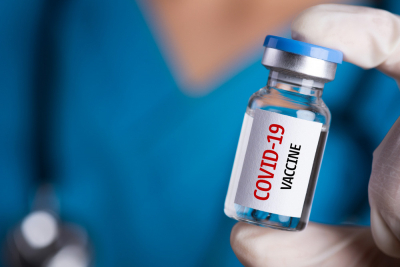 The Presidency has welcomed the DA’s withdrawal of its application against government on the country’s Covid-19 vaccination strategy.

The DA had sought an order from the Western Cape High Court declaring that government’s conduct in preparing and implementing its programme to administer Covid-19 vaccines "is irrational and unconstitutional".

The DA also sought an order directing the government to develop a comprehensive and co-ordinated plan for procuring, obtaining and administering the vaccines.

At the time of filling papers, DA leader John Steenhuisen had said: "We've filed an urgent court application to obtain a declarator that government’s conduct in procuring vaccines as well as its preparation for the rollout of these vaccines are in violation of several constitutional principles."

"The DA withdrew its application after government filed its answering affidavit, in which it outlined the measures it had taken to source, procure, distribute and administer vaccines and provided the details of the plans that had been developed to roll out the vaccination programme.

"It should be noted that government representatives, including the President and the Minister of Health, have provided regular public updates on these measures, and the plans outlined in government’s answering affidavit were already in the public domain," said Tyrone Seale, spokesperson for the presidency.

"Despite the challenges posed by the reduced efficacy of the AstraZeneca vaccine against the 501Y.v2 variant of the virus, the vaccination of health workers with the Johnson & Johnson vaccine has commenced.

"Government is confident that with the support and assistance of all South Africans, including all political parties, we will meet our targets," Seale said.

Statement on withdrawal of DA application on vaccine plan https://t.co/FpyHPmVikz

According to the terms of reference as set by President Cyril Ramaphosa, the Inter-Ministerial Committee on Vaccines "should ensure effective collaboration with social partners, including the private sector and civil society, to support and enable the vaccine rollout".

These consultations are aimed at ensuring broader mobilisation of all sectors of society for the national vaccination programme.

Tweet
More in this category: « Gauteng wants stricter laws around the sale of alcohol. Ramaphosa commemorate those who lost their lives when the SS Mendi sank. »
back to top