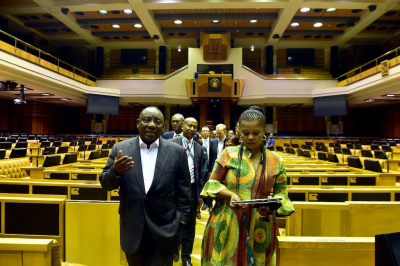 There are few details available on the exact nature of the illness that led to his death on Sunday, which was confirmed to DispatchLIVE by royal family members.

Diko was controversially awarded R139 million in PEE tenders which were red-flagged. The Special Investigating Unit is still attempting to recover some of the funds.

The family of Chief Madzikane II Thandisizwe Diko on Monday said it was waiting for the results of an autopsy report into the cause of his sudden death.

In a statement earlier, the KwaBhaca Great Kingdom said the family would make further announcements surrounding Diko’s passing once they have finalised the funeral arrangements."iSizwe samaBhaca [the amaBhaca nation] and the royal family are still coming to terms with this shocking and painful loss of our beloved father, son and husband,"Mtimde said.

He said the family was shocked and in pain following the chief’s passing.

Tweet
More in this category: « Ramaphosa sends a strong warning over the attack against the constitution. 2020 Matric results due to be released on Monday. »
back to top