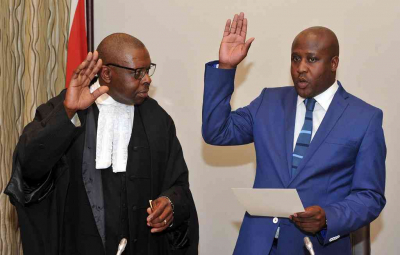 The defence in the case of ANC MP and former state security minister Bongani Bongo has signalled it will be applying for an acquittal of the matter when the court resumes on Wednesday.

The state's evidence in the case of ANC MP and former state security minister Bongani Bongo wrapped up this morning with the evidence of the Hawks officer Lieutenant-Colonel Vincent Mokwena, who investigated the matter.

After the state closed its case, Bongo’s advocate, Mike Hellens SC. told Judge President John Hlophe that he would be bringing a Section 174 application to dismiss the case along with his heads of argument when the case resumes on Wednesday morning.

Speaking after the adjournment, Hellens told reporters: "If looking at the State’s case, the evidence is so poor that no court can convict. I’ll be saying that the evidence is so bad, so inconsistent that only if Mr Bongo went into the witness box and said 'I plead guilty', could he ever be convicted. In other words, there is no evidence upon which the court, acting carefully, might convict, because the quality of the evidence is so poor."

Earlier Mokwena gave evidence of how he had interviewed a former senior parliamentary official, Ntuthuzelo Vanara, at a Pretoria hotel on the allegations Vanara had made about Bongo, which led to the case. Mokwena later told how he took a statement from Bongo in his Midrand home.

Bongo has pleaded not guilty to a charge of attempting to bribe Vanara in a bid to disrupt a 2017 parliamentary enquiry into state-owned enterprise and Eskom.

He is expected back in court on Wednesday.

Tweet
More in this category: « Alleged mastermind in Tshegofatso Pule murder to remain in jail. Zuma's corruption trial expected to be postponed until May 17. »
back to top