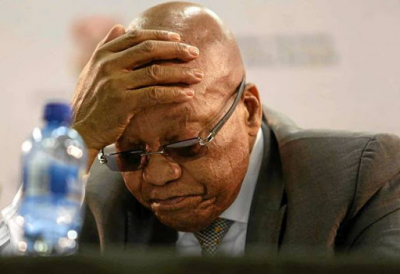 Almost three years after graft charges were reinstated, the trial of former president Jacob Zuma and French arms company Thales will go ahead in May.

The trial is set down from May 17 to June 30. Further dates will be added at a later stage.

State advocate Billy Downer SC told the court that Zuma and a representative from French arms company Thales had made the undertaking therefore there was no need for judge Nkosinathi Chili to make any order to compel the parties to be in attendance at this stage.

He told the court that the state had agreed to Zuma's request not to be in court on Tuesday.

The trial is expected to be lengthy as there are over 200 witnesses on the state's list.

Downer told the court that Covid-19 travel restrictions remain a consideration as there are international witnesses as well as the Thales representative, who is in Paris, that need to be present in court.

"We don't know what will happen in the future so it is an issue that we will take as it happens."

Zuma is accused of pocketing bribes during the 1998-1999 procurement of arms. He denies the charges against him, saying they are politically motivated.

The bribes, including a R500 000 annual retainer, were allegedly paid by his former financial adviser, Schabir Shaik, and they came from Thales, a French arms company that scored tenders to supply arms during the arms procurement process.

Tweet
More in this category: « Livestream: Gauteng State of the province Address 2021. South Africa’s unemployment rate rises to 32.5% in Q4 2020. »
back to top