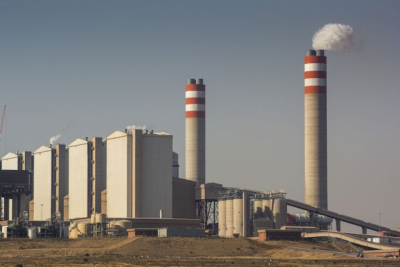 Minister of mineral resources and energy Gwede Mantashe has announced the winning bidders for the government’s emergency power procurement and has opened calls for bids for the fifth round of renewable power procurement.

The announcement comes as South Africa remains in the grips of an energy supply crisis as evidenced by a week of consistent load-shedding.

Besides Karpowership, which operates a fleet of powerships and will provide ship-to-shore electricity when eventually anchored at three coastal sites, Saudi Arabia's ACWA Power and other firms Oya Energy and Umoyilanga Energy were also shortlisted.

Mantashe said the projects were expected to inject around 45 billion rand ($3.05 billion) into South Africa's economy, with the first power expected to be connected to the grid from August next year.

The minister said a request for proposals for the procurement of 2,600 MW under the latest bid round for private power producers will go to the market at midnight on Thursday.

Mantashe added that they would provide a combination of power contributions to take the strain off Eskom and that the new additions would offer welcome relief.

He said that the successful bidders had a deadline to obtain finance and begin.

"It is envisaged that the first power from these projects will be connected to the grid from August 2022."

Mantashe says these will include the following:

Mantashe said that thousands of jobs would be created, with special emphasis on black ownership.

"... during the construction period, a South African entity but expectation from these projects is 51%, with black ownership of 49%."

Manthashe said that the new projects must become operational as soon as possible.

Twitter
More in this category: « King Zwelithini preached peace and unity among the nation - Ramaphosa. Prof Adam Habib suspended after using the N-word in a university meeting. »
back to top