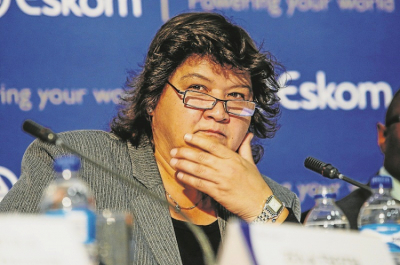 The Commission of Inquiry into State Capture in Johannesburg will hear further testimony from former Public Enterprises Minister Lynn Brown on Friday morning.

The commission said in a statement that it will also hear from former Eskom secretary Suzanne Daniels.

The commission hearings will continue into the evening with Energy Minister Gwede Mantashe and former Deputy Justice Minister Thabang Makwetla regarding the politically connected company, BOSASA.

On Thursday, former Eskom Board member Mark Pamensky told the commission that he changed his mind about the suspension of four top executives of the power utility in 2015 because former Board Chairperson Zola Tsotsi tried to influence him to effect them at a Board meeting.

The executives were suspended to enable an inquiry into their alleged wrongdoing at the power utility.

Twitter
More in this category: « Tanzania to swear-in new president after death of John Magufuli. Uber faces legal threat in South Africa after UK ruling on worker status. »
back to top