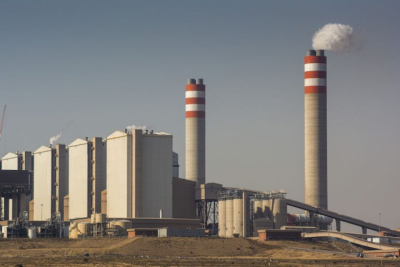 Eskom has announced that load shedding will be suspended from 12h00 on Friday, after some generating units were returned to power, and the long weekend ahead would give it opportunity to do maintenance while power demand is lower.

Generating units were restored at the Duvha, Medupi, Kendal, Kriel and Kusile power stations. Units are expected to return at Camden and Majuba power stations during the course of the day.

"Although we have also lost other units at Tutuka, Camden and Hendrina, we have managed to adequately replenish emergency generation reserves. Eskom will also be taking the opportunity over the long weekend, due to the lower demand, to conduct short-term maintenance and further replenish emergency reserves for the week ahead."

The power utility implored South Africans to use electricity sparingly, as the national grid remains under severe strain. Any breakdowns could lead to load shedding being reinstated at any given time.

Meanwhile Eskom chief executive Andre de Ruyter this week then warned South Africans yet again that while load shedding will eventually lessen, it will not disappear entirely.

Speaking at a 'state of the system' briefing, De Ruyter painted a rather sombre picture of the state of Eskom, with financial issues just one of many challenges plaguing the beleaguered SOE. Other notable battles include:

Over the long weekend, Eskom will take the opportunity of anticipated lower demand for electricity to conduct short-term maintenance and further replenish emergency reserves to be ready for the work week next week.