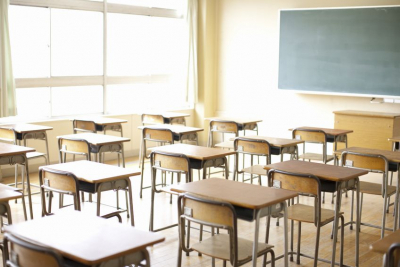 The Ad Hoc Committee on the Section 100 Intervention in the North West province, has requested the North West Education Department to provide a comprehensive infrastructure plan for the 2021/22 financial year that will ensure spending of its budget.

The committee made the request during a visit to the province where it interacted with the Inter-Ministerial Task Team (IMTT) to get an update on the intervention.

The committee highlighted its concerns that the department continues to lose its infrastructure budget to other provinces due to underspending.

"It is unacceptable for a rural province like the North West with high poverty levels and poor school infrastructure to return over R100 million of its budget to the National Treasury. A detailed plan will ensure that this is curtailed, "said committee chairperson, China Dodovu.

Dodovu said that underperformance in infrastructure development is unacceptable in the province for a number of reasons. including the fact that learners are subjected to substandard classrooms where there is no conducive environment for teaching and learning, and that small construction businesses in the province lose out on infrastructure projects that are key to economic development and creation of employment opportunities.

Meanwhile, the committee has instructed the provincial Community Safety and Transport Management Department to resolve all teething challenges in relation to scholar transport, which becomes an impediment to effective teaching and learning.

The committee also called for the conclusion of investigations and prosecution of all officials and contractors involved in corrupt and fraudulent payments for scholar transport service.

Furthermore, the committee has called for a detailed report in relation to the Mahikeng Airport and expenditure on security at the airport.

The committee has requested a report on the South African Express deal to utilise the airport.

The committee commended the completion of phase 1 of the rehabilitation of sections of road P152/1, from N18 (Setlagole-Delareyvile).

However, the committee said it remains concerned that the upgrading of road Z482, from Madibogo to Madibogopan, has not commenced.

"We recognise that the improvement of road infrastructure requires substantial investment, but the quality of some roads is horrendous and hinders economic development in those areas," Dodovu said.

The committee has called for continuous community engagement to appraise communities of the Public Works and Transport Department plans and budgets to deter service delivery protests.

The committee requested a detailed budget plan for roads that the department will develop in the 2021/22 financial year.

"The committee will upon receipt of reports it has requested, be in a position to consider matters in their totality and will then update the National Council of Provinces of its views regarding the impact of the intervention," Dodovu said.

Twitter
More in this category: « Eskom suspends load shedding after 10 days of outages. Nathaniel Julies murder case postponed to April. »
back to top